So, like, in Metal Gear Solid 2, there’s this guy who attached another guy’s arm to his very much arm-free elbow. The transplant apparently included a hidden extra: the spirit of a dead terrorist who’s the genetically identical twin of this guy’s sworn enemy. Ghost terrorist – using this guy’s body – then steals a giant, sea-faring robot that makes animal noises right from under the nose of the US military.

Describe it as inventive storytelling, describe it as amateur schlock, but I totally buy it – I’m totally in: this poor man has been possessed by a sentient appendage who wants to do some very bad things with some very big robots. And as Metal Gear Solid 2 sold around 7 million copies with a whopping Metacritic score of 96, it seems that some very smart people over at Team Kojima managed to convince a fair few of us that a robot-hijacking terrorist ghost arm was a totally acceptable thing back in 2001.

And it’s all thanks to that then new-fangled PlayStation 2 machine. With a new generation came the opportunity to build a world that seems real  –  with smeared blood stains, glass bottles and squawking seagulls. A machine that had the ability to transform something absolutely ridiculous into absolutely believable through sheer technological might – and allow Kojima to establish a playbook for how new technology can make video games feel as immersive and legitimate as ever. 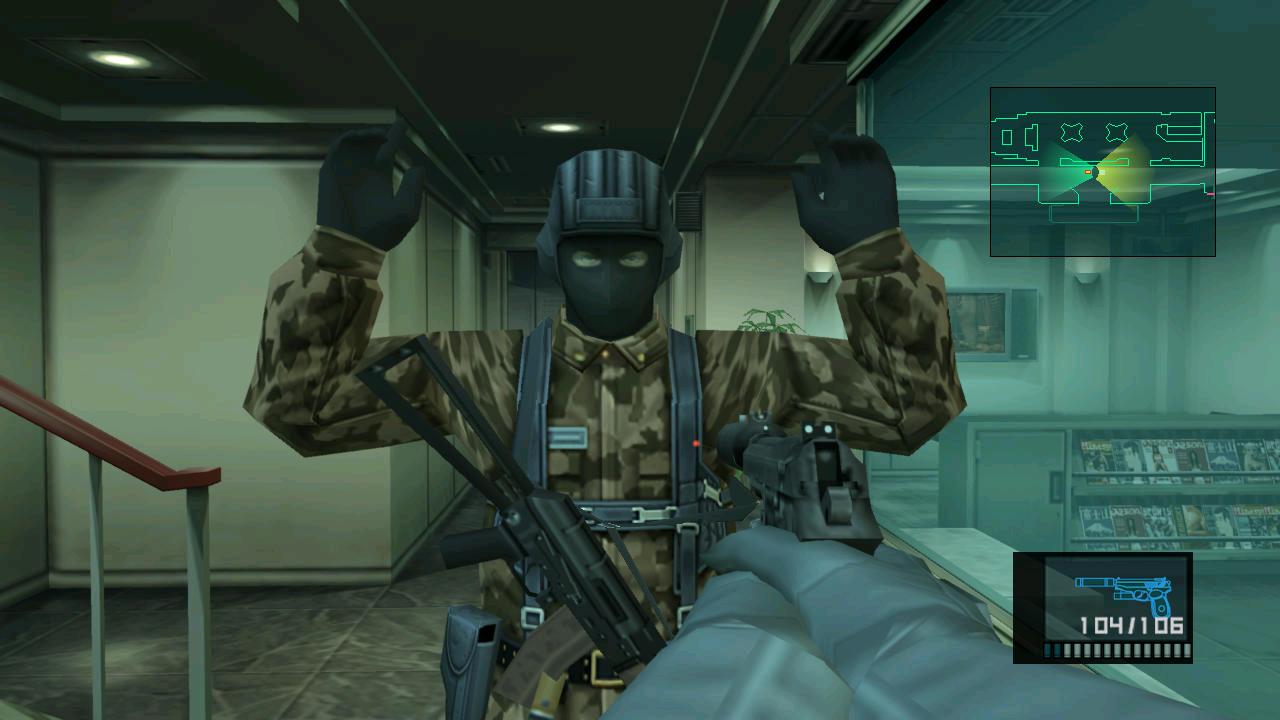