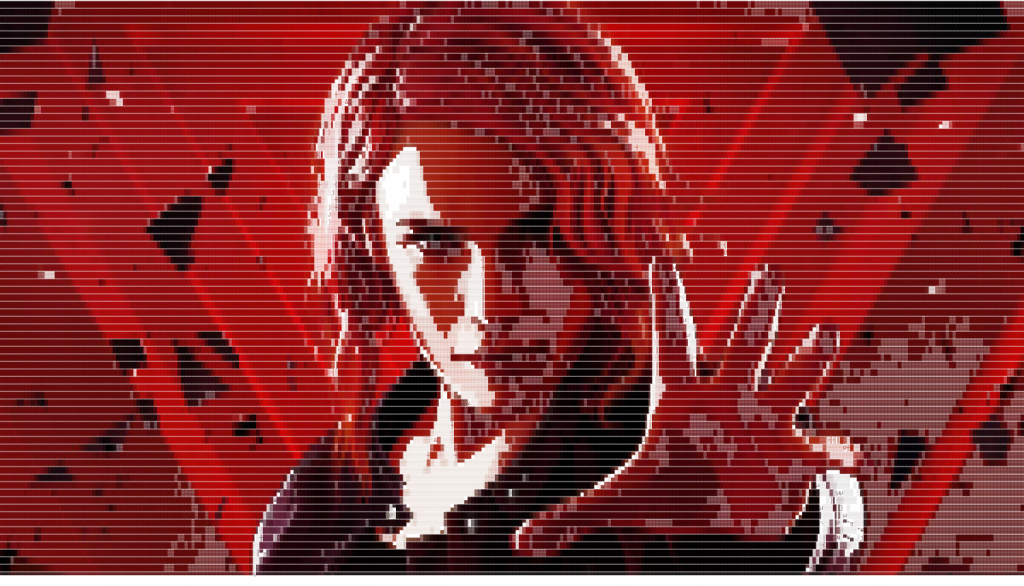 Remedy has accomplished something so many before have failed to do: craft a world that feels consistently inconsistent, a place governed by a set of rules far, far beyond our mortal comprehension. Rules we can feel but never truly know.

That feeling — that sense you can nearly almost define the world of Control but not quite — is the enigmatic engine that drives Remedy’s latest.

On its cold, angular surface, Control is a typical third-person shooter with some throwy-throwy bits and an endless cacophony of grey. But things aren’t what they seem. The straight, structured edges of Remedy’s concrete world bely a place that’s wobbly, unstable — a mask that hides its near-infinite possibilities with a stoic, imperial veneer. Its pointed shapes and tort angles are a jigsaw Remedy re-arranges at will, a half-filled canvas waiting for us to paint the rest. Its grey panels are something on which you want to project your own interpretation of the world — the mental equivalent of a child’s scribblings, as they try to map a place that’s infinitely larger than they could ever hope to comprehend.

But those walls deflect those projections. An emotional blindfold that stops you crafting theories about this new reality. You try and try and try to fill the countless gaps in Remedy’s universe — but the infinite grey enacts a form of sensory deprivation that denies any and all validation of whatever your imagination tries to conjure. Impossible, distressing, oppressive: the walls of The Oldest House are a veritable pressure cooker, a place of almost unbearable unknowns. Its ever-shifting structure reminds us that we are absolutely not in control. It’sa feeling that engulfs almost everything about Remedy’s creation — from the world we inhabit to the enemies we seek to destroy.

It engulfs its narrative, too. Protagonist Jesse’s story is surrounded by those same walls. Something destroys her childhood, something takes her brother, something calls her to the house, and another something chooses her as director. Something — vague, unquantified and unquantifiable — is a ubiquitous feeling here, and one that’s characterised Jesse’s life from the start. Remedy masterfully wields its world and story to apply a pressure that continues beyond the narrative’s so-called ending. Even there, Control never truly relents. Questions go unanswered, and that desperate, much-needed release is cruelly denied. It’s absolutely unbearable, and makes the feeling of control a rare and precious commodity.

In a world you don’t understand in a place you don’t understand with a past you don’t understand, Jesse’s telekinetics are a reprieve from the unbearable absence of control. We can’t quantify the thing we fight or what we’re fighting it in — but we can quantify throwing a desk chair in its face. Again and again and again, every object thrown is a catharsis in microcosm, a fleeting glimpse of that feeling of control. It makes the game a desperate joy to play, as you scramble to relieve that invisible pressure. Every second not spent throwing a table or brick into the noggin of some crimson-tinted baddie is a tender moment of withdrawal. That scripted, text-book pay-off said to be central to any narrative is instead sprinkled into even the smallest victories. Without those small resolutions, Control would drive you insane long before its end — and certainly would long, long after.

It all feels strangely familiar, too. Those shifting walls emulate our day-to-day lives, something that never changes and yet is never doing anything but. Our houses are those lives, forever at threat from the chaos beyond. A death, a divorce, a redundancy — we scramble to contain these emerging dangers in a bid to avoid the truth: that reality is impossible to truly quantify.

We’re the directors of our own houses. Like The Oldest House, the rules of life feel murky and unknown. The would-be walls of infinite grey are there, secretly forcing us down a path not always of our own choosing. Moving that coffee cup off the table or washing the dishes is us imposing our power on the world in a desperate bid to take back control. Like Jesse’s powers, each small act is a moment of escape from that indescribable tension. See how quickly you’re willing to submit to the orders of The Board just to find an emotional grounding rod in this weird, unnerving world. Note how eager we are to relieve the burden of navigating the unnavigable by accepting direction from sources so alien and unknown.

That similarity between Control and life makes it easy to understand how Jesse feels, despite such incredible circumstances. Symbology and dialogue from The Board aren’t easy to grasp, leaving Jesse uncertain — and us doubly so. For us, Remedy are the Board: they dictate what we do, where we go. We don’t understand the or whats or whys, and yet still fulfil Remedy’s confusing edicts.

Like the The Oldest House, how Control looks and how it feels are in the midst of a never-ending nuclear war: totally opposite and in total opposition to each other. It looks like a standard third-person shooter, but it feels like anything but. The former’s rule we understand, the latter’s we absolutely don’t. And at the heart of that feeling lies a supreme confidence from Remedy. To know that what you offer is enough, and just enough, is true craftsmanship. From the dualistic dialogue to the lack of true resolution in a place where you literally cannot trust the walls around you, Control is a commercial risk, and one that only Remedy could take with a game only Remedy could make.

In taking that risk, Control has created what can only be described as the gem of a generation. A game that’s masterful in its vision and ambition, if not always in its execution. In its would-be house of mirrors, Remedy has shown us a little about ourselves and the industry that made it — because video-game marketing can’t sell a world that can’t be understood in 15 hours of gameplay, let alone 15 minutes of footage. In making a game that breaks that rule, Remedy has made something truly great at the expense of commercial success. With its arrival on PlayStation Plus and Game Pass, we can only hope it finds that success, rewrites those rules, and encourages others to bring games just as weird to our beloved industry — an industry that’s seemingly built on rules we can feel but never truly know.