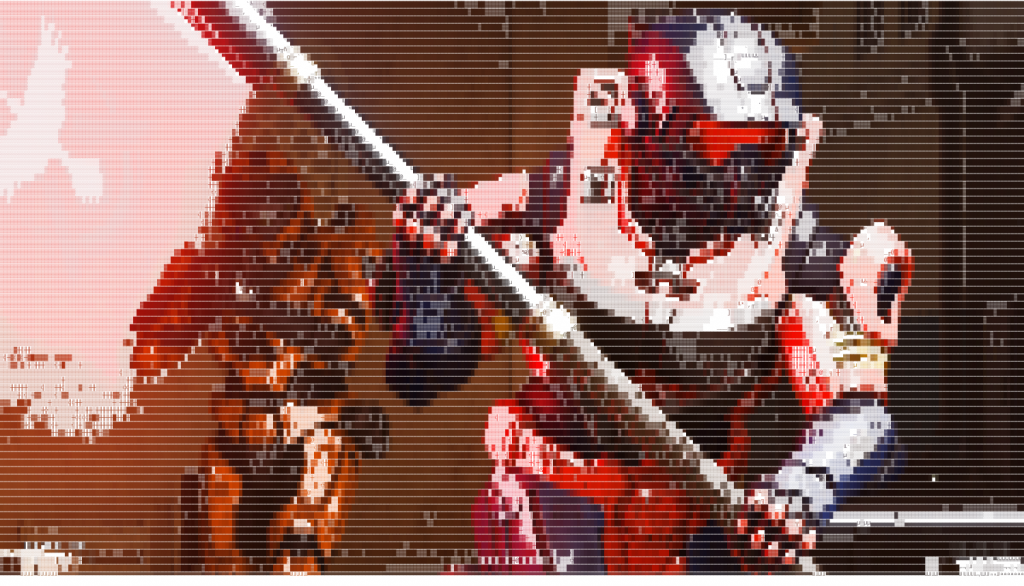 Let’s get to it, then: Halo Infinite’s fledgling multiplayer is properly brilliant. It’s all the bang-bang, pew-pew, pop-pop action you’d expect from the daddy of the modern console shooter — one about armoured punks fighting in an arbitrary life-and-death contest with really big guns on some intergalactic real estate.

You might’ve heard Infinite’s multiplayer is the most Halo-like Halo has been in a decade — that it’s in sniffing distance of the pedestal upon which rests its seminal forebearers. That’s almost true: Infinite feels like a return to form, like a series that’s come to finish the fight with a middle finger and a few mean words.

Infinite isn’t Combat Evolved — as much as it might try to evoke it. Infinite, then, is really Halo, combat evolved.

To level the accusation that Infinite plays it safe isn’t really fair. Safe is a giant-ring-in-space-sized misnomer because Infinite actually plays it smart — really, really smart. As stewards of a smart game that asks you to do smart things, developer 343 has thought a lot about making you think a lot. Infinite is a more intelligent shooter than Halo has ever been before.

There’s plenty to think about, too. From which power-up to use, to when exactly to use it, to which target to shoot, to which route to take, to which vehicle to take it with — Infinite has swapped some of its materialistic choices for tactical ones. There are more decisions to make despite a slimmer arsenal, and Infinite is psychotically committed to helping you make smarter ones.

Cases in point: enemy shields now glow when damaged, meaning you’re able to effectively prioritise targets and call who’s going to hit the floor first. Weapons have respawn timers — camp for that killer hardware or time your return to ambush those who will. Power-ups no longer trigger on pick up, either: flip the switch and make the play or stash it for that opportune moment at the risk of losing it to them.

More choices, more to things to get wrong — but just as much to get right. There’s a subtlety here, where encounters are won by microns, not millimetres — where a choir of small decisions score every victory without you necessarily knowing it. Bro-shooter Halo as we knew it has well and truly left the ring-shaped superweapon.

But storyteller Halo lives on. A series once replete with did-you-see-that and remember-when moments has reclaimed that mantle, as those decisions add new toys to the storyteller’s toolbox. If Halo’s multiplayer is a choose-your-own adventure where every decision is a page, then there are more pages than ever to craft your own story.

One story might be the time you one-shotted that wall shield, tagged that guy six times with the Disruptor, and legged it into an air vent — letting the gun’s residual damage finish the job. Another might be the time you grapple-hooked the rocket launcher from a distant ledge, insta-killed their entire team, and scored the final flag for the clutch win.

More props to play with — more ways to craft new and interesting stories from the moment-to-moment mayhem.

As a blending of old and new, Infinite itself isn’t exactly the bastion of originality. 343’s latest is both an admission of failure and celebration of victory, as clamber, ADS-style smartlink, and mid-game weapon drops survived the cull from Halo prior — but gone is built-in boosting and vast swaths of weaponry. 343 has recognised the strengths of both its and Bungie’s past, embracing change that plays smart but sounds very unspectacular.

Those expected giants leaps between games are replaced by modest hops that sound so insignificant any designer might feel embarrassed to shout about them but absolutely should. It’s why Infinite’s multiplayer has been better received than many expected — because we couldn’t grasp those changes until it was our turn to play.

It’s also been a bit of a personal revelation. Bungie’s sandbox was never about weapons and vehicles, it was about choice — and the former just happened to be the most obvious expression of the latter. If the sand in Bungie’s box was smooth and simple, 343’s was abundant but redundant, drowning us with weapons that ultimately fulfilled similar roles. They took the wrong kinds of choices to new, unwieldy extremes.

But not here. Everything comes bundled with a distinct set of decisions to make — culminating in a flowchart where pulling the trigger isn’t the beginning of the fight, but an expression of the choices made before it. It’s why Infinite is cause for celebration: it’s kept choice at the heart of Halo and calibrated it precisely the right way. The result: a two-decade-old property that feels fresher than it should have any right to.

But with scores of micro reinventions, something was lost in Infinite multiplayer. That desperate uncertainty — from patrolling for that pick-up, to that spontaneous dash for the flag as your shield boost drains to naught, just having a go doesn’t work quite the way it used to. For every dodgy decision you make, someone else is ready to respond with a trilogy of better ones.

Yet 343 has proven itself successful in shepherding a series’ multiplayer many assumed was in its end game. Not into something different, and not into something arbitrarily new, but into something better. It’s not a re-invention, it’s not a re-imagining, but a re-engineering; one that re-invigorates an ageing genre stalwart in a way that makes it seem like a series with near-infinite potential — just like it did all those years ago.