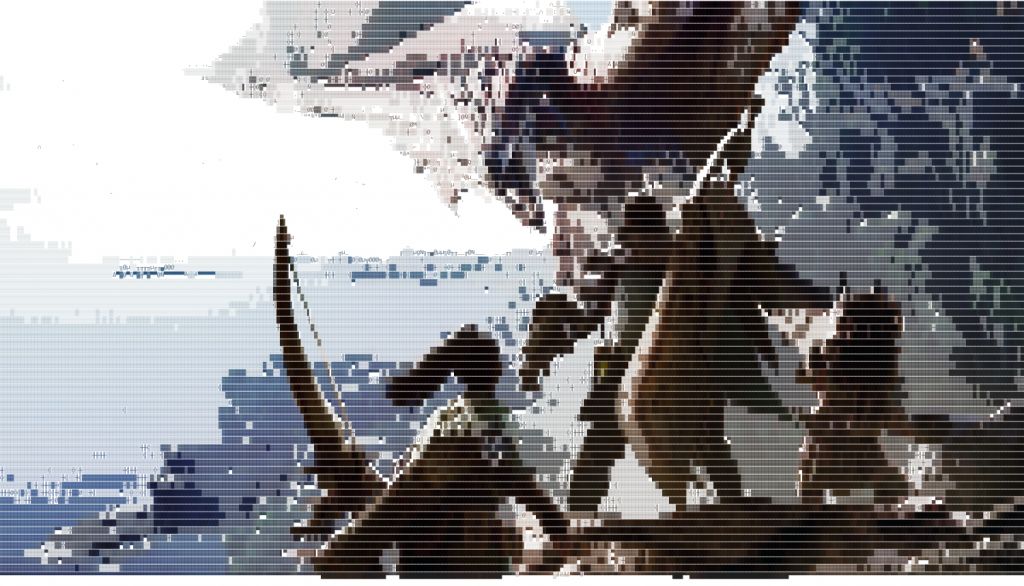 You fought and toiled and carved the very skin off your greatest rival’s ass-kicked corpses for a veritable buffet of widgets, whats-its, and whats-thats. You don’t know what half those whats-its are — you just know you need to mash ’em together to get something really, really cool.

You’re a walking billboard for the absolutely legendary legend that is you.

But in the current year, some dastardly fellow is totally and utterly immune to your legend — they just don’t buy it. They question exactly how you came to own the bestest, most stupidest stuff. You might’ve gone to the place to kill the thing that drops the thing, or you could’ve gone to the store to find the thing and buy the thing.

That, in a tall tale, is modern video games, where even the most hard-earned achievements — the ones worn on your arms, legs, shoulders, and head — are contaminated by the mere suspicion you might’ve paid for them.

Enter Monster Hunter, a series that’s seemingly an exception to the rule — almost. A series where obtaining material magnificence means nary a lootbox opened, nary a storefront visited — almost.

Weapons, armour, trinkets, doodads — all achievements before achievements, trophies before trophies. A wearable list of all the cool things you did in your favourite video game. Whether you did those cool things because you wanted to become the ultimate healer or because you wanted to take Mr. Big Ugly down to Crit-Hit City, every item comes with a story that ends when you finally attach that stupid-looking gear to your stupid-looking noggin.

Express yourself through what you’ve actually done — and what you’ve done rests on your shoulders for all to see. You worked your ass off for that legendary sword that looks like a giant frog testicle, and you want nothing more than to show that giant testicle to the world. It’s all about telling stories. Either the story of the self — who you are and what you feel — or a story of that thing you did that time. Materialism is just a means to an end here, a canvas on which to tell your tale. Gear is proof that your stories are true, and a means to go on to new challenges and tell new stories.

But you can’t wax lyrical about how Monster Hunter is the exception to current-year micro-transaction mania. That it’s a game’s game —  that it wags its tail, barks at the postman, and chases the cat down the street. That’s because Monster Hunter World‘s online store includes an unnerving amount of monetisation: room ornaments, gesture packs, hairstyles, outfits. They’re not strictly gameplay-changing, but they are game-changing. Ask someone how they got that cool Samurai outfit and get a three-word story: I bought it. They aren’t lootboxes, but they are still micro-transactions.

Where it truly matters, Monster Hunter is still a game’s game, and a damn fine one. It’s barking, it’s wagging its tail — but it’s been taught to shake a paw. It’s a little less game-like than it was before. Micro-transactions come with a price greater than any make-believe item in an electronic shop: the death of social storytelling. No companion was saved from the claws of a raging fiend to get that hat, no monster was slain with that walloping final blow to get those boots. No Ahab, no whale — just purchases that sit sheepishly alongside their heroic, play-to-get brethren.

These purchases aren’t the bits and bobs you need to craft that giant-testicle sword, but they invite the question: did you buy that? A question asked a thousand times would’ve received a thousand epic stories in kind. Now, not quite so many. Monster Hunter is an exemplar of why those core gameplay systems shouldn’t be contaminated by corporate want — and an exemplar of how that same want is gradually encroaching on those very systems.

For now — for now — Capcom seemingly understands that fine balance. They understand how micro-transactions could pierce the beating heart of the monster they created. But they’re on the teetering edge, a publisher that seemingly wants to charge for more but knows it really, really shouldn’t.

The publisher does present a bit of a monstrous quandary here: if a game that sold tens of millions of copies still needs to cannibalize a small chunk of itself to be considered profitable enough, it’s impossible to imagine a world where social storytelling remains free from the contamination of pay-to-play purchases across the medium.

In a world of villains, we should celebrate heroes with both our words and our wallets — but how we define those villains is another quandary entirely. Capcom, a hero for not implementing lootboxes that contain crafting materials, that simulate hunts with a button press and some coin. Capcom, a villain for selling items that soil the spirit of their flagship series: show us who you are and how good you are with all the cool stuff you own.

For this so-called business model, the story has yet to unfold. Questions of when, how, and how far remain very much unanswered — and perhaps even unanswerable. Is criticising a supposedly exploitative model to deprive developers of their lifeblood, and cash-strapped gamers of free, easy-to-access or discounted experiences? Would the likes of Monster Hunter World exist without a side shop full of cosmetics?

But that fear is real: that one day, we’ll become walking testaments to the size of our wallets  – that we’ll become walking billboards for a publisher’s digital marketplace. A world where the only stories are the ones about how much money publishers make from killing ours, a world where micro-transactions are so rampant that we’ll be begging for the days where all they did was sell us ornaments, hairstyles, and gestures.