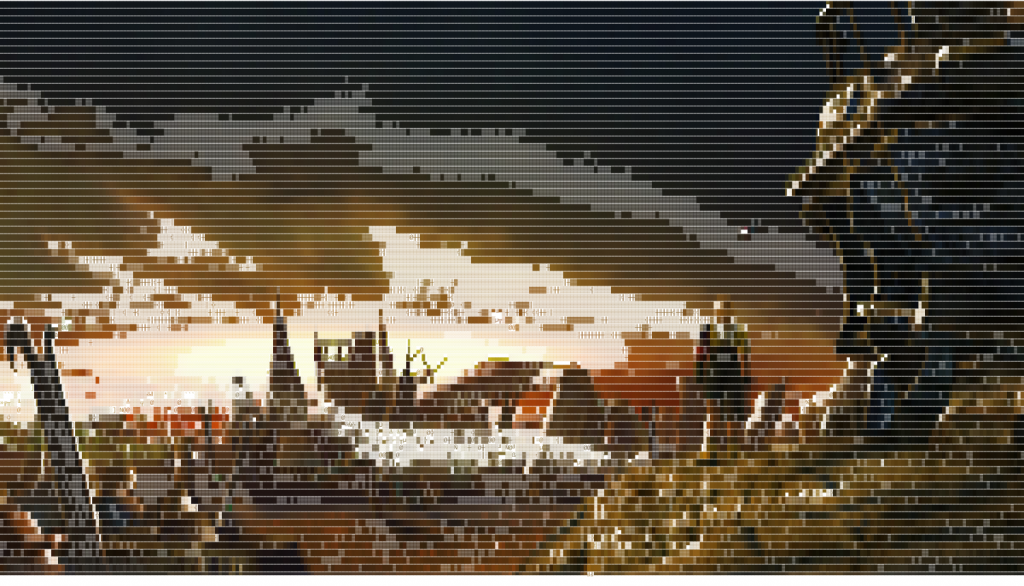 Video games used to be a meditative experience. It was just you and the box, with controller and cord as the connective tissue. Those thoughts — those pesky mental constructs — vanished to the experience in the moment.

It’s why there’s a soothing silence to consoles of yore. It’s you and its world — or it’s you and its world and the friend sitting next to you. It’s a date who leaves their phone in the car or, more aptly, doesn’t have a phone at all. Those sixth-generation start-up screens were the lights dimming in a movie theatre, a vacation with email switched off.

Then boxes got smarter. Downloads, friends lists, achievements — all reasons for your box to talk to you and never shut up. But this intelligence came at a cost: the death of the video-game sandbox. A word that suggests expression through play, walled off from the world beyond.

But the dawn of the connected-everything collapsed those walls. Always seen, always connected, always informed, always inspected — the ever-expanding capabilities of the video game box put that silence out to pasture. It’s a wild contradiction to video games’ aspirations for Hollywood, where screens command our phones to slumber.

Those screens and the boxes that powered them are shards of that sandbox in its purest form — aging artifacts to be treasured and preserved. You can see that sandbox as Tidus stands on a desolate hillside, you can hear it as Snake receives an ominous codec — surreal worlds full of unreal possibilities. You, world, controller.

But one day — one day — there’ll come a time when you’ll struggle to find a device that wasn’t built around the cable coming from the wall. That final GameCube, that final Nintendo 64, will die. With it, that calming, peaceful silence only they can provide. The ultimate console exclusive — available for a truly limited time. The feeling a machine was made for you and its worlds, and you and its worlds alone.

And unlike the games they offer, it’s a feeling that can’t really be emulated.

Unplug one of those connected devices, and that meditative, engrossing silence is missing, replaced by the eerie absence of functionality: a device yanked from its life support. All box, no sand. Those devices aren’t you, the box and the controller — they’re you, the box, the controller, and just about everything and everyone else.

It’s why disconnecting feels like a small act of defiance. Connecting is what our new machines were made to do, for the benefit of us — and their makers, who flood that sandbox with toys and trinkets aplenty.

There’s an elegance in that defiance. An experience independent of anything or anyone else, something intact and whole — free from the chains of its master. No updates, no downloads: games immortalized on a disc to summon on command. That aloneness feels truly meditative, as it focuses your mind on the here and now of another time and place.

To own one of those artifacts is to preserve what was lost. It’s to acknowledge that our beloved medium doesn’t need to be a slave to some distant server. It severs us from the worst of today — installs, patches, microtransactions — and returns us to the best of yesterday, which will one day be lost forever.

But until that day, we still have every opportunity to enter that sandbox, to capture that feeling of aloneness: quiet, disconnected, and undisturbed by the world beyond the world you really want to be in. Whether it’s on a rainy summer’s eve or the chilly darkness of a winter’s night, the original sandbox is waiting — all you need is an old piece of a kit and a bit of free time.

Take that opportunity. As connectivity consumes the sandbox we so fondly remember, those ancient boxes remain the bastion of the original video-game sandbox. Filled with sand untouched by the dirt and dust of the outside world — the very thing we sought to escape from in the first place.